Domestic violence is a devastating issue that has been exacerbated by the pandemic. Research on the topic led me to the understanding that this kind of violence most often thrives in secrecy and silence. Thus, one of the most important actions victims, bystanders, and even abusers can take is to speak up, to acknowledge it is happening, to break the silence. 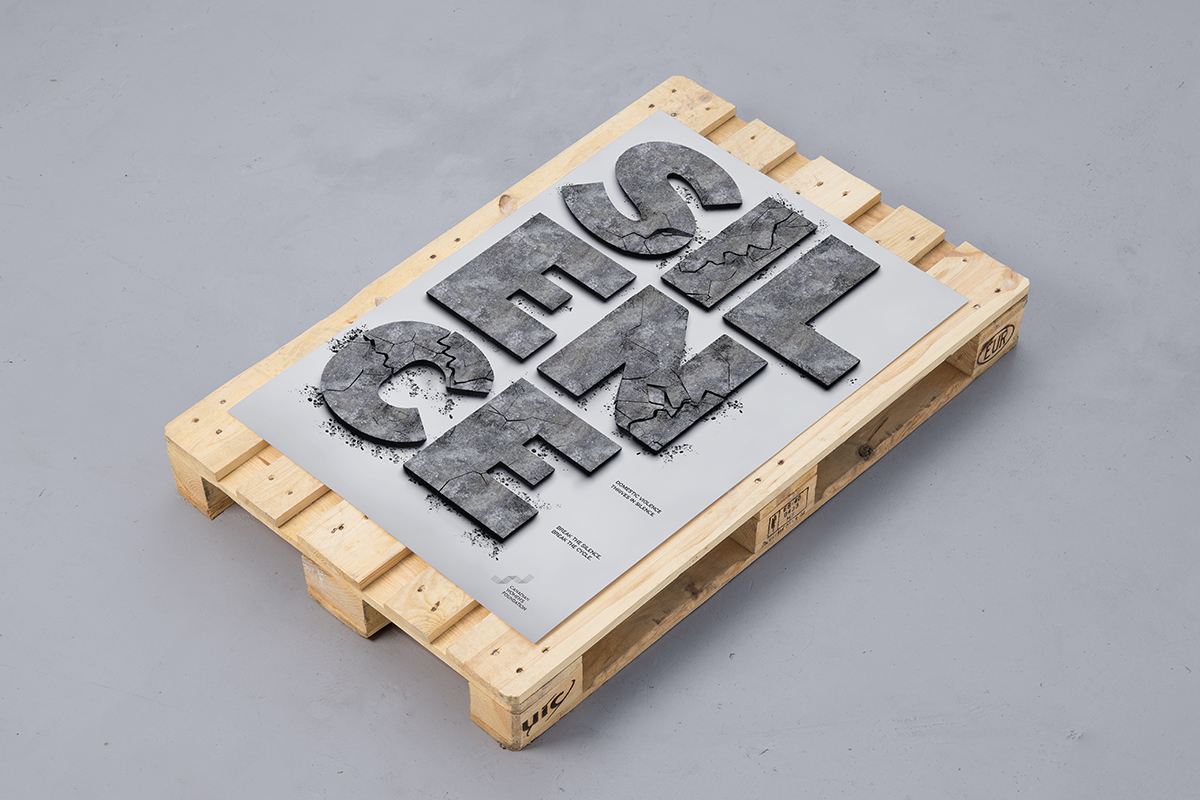 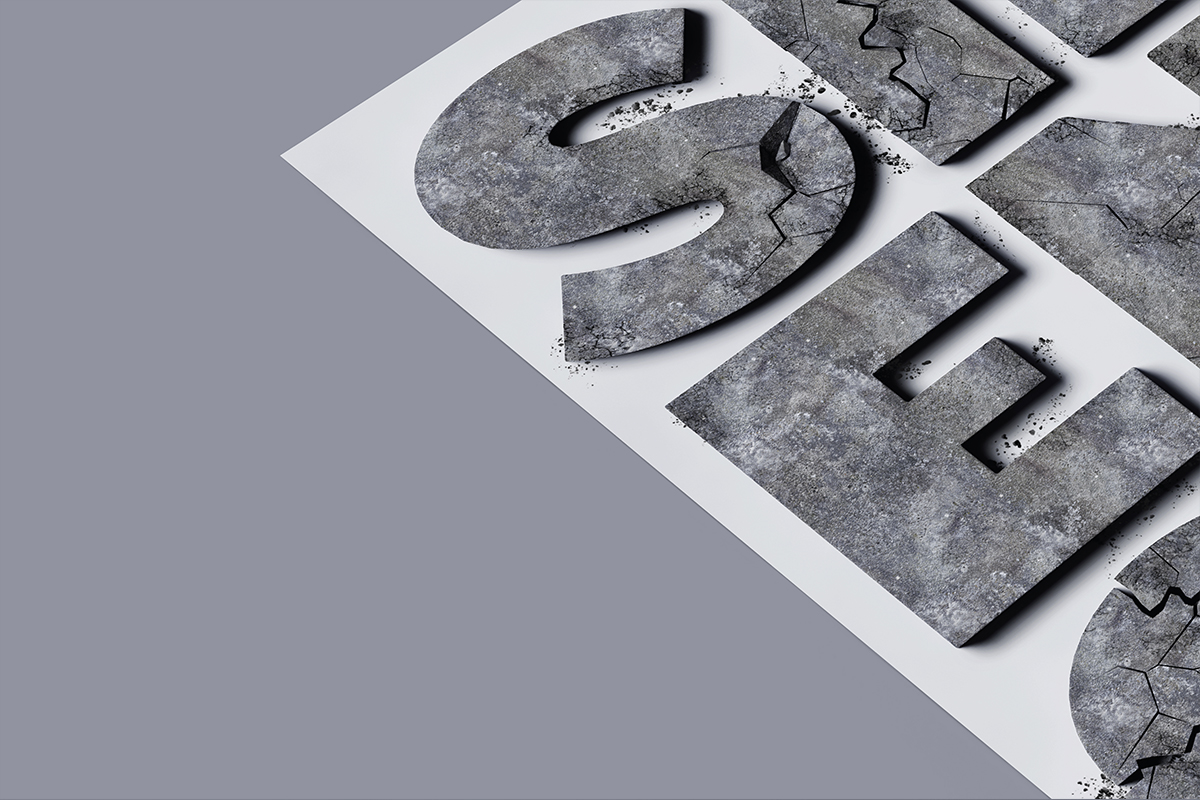 But how to represent this idea graphically? The approach I took was to represent the linguistic metaphors literally—in other words, a typographic composition in which the word “silence” is cracked open by silhouettes of people speaking.

To reinforce the paradoxical heaviness that comes with silence in this context, I decided to take it one step further and give the typography a material dimension. With the help of 3D illustrator Santiago Camino, the type forms were turned into solid, decaying concrete. 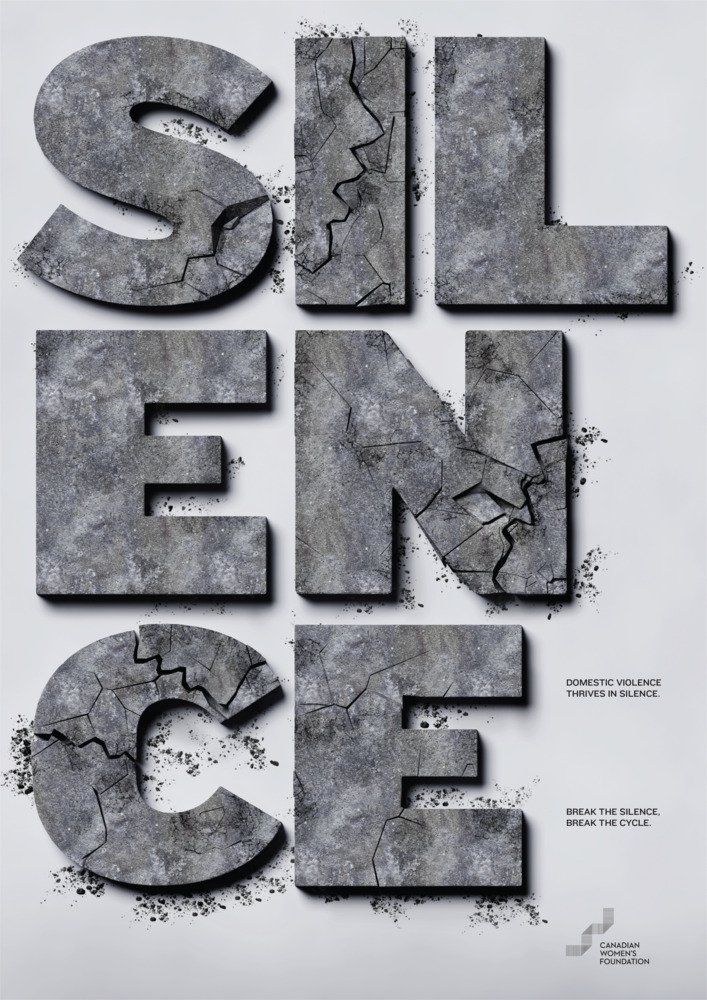 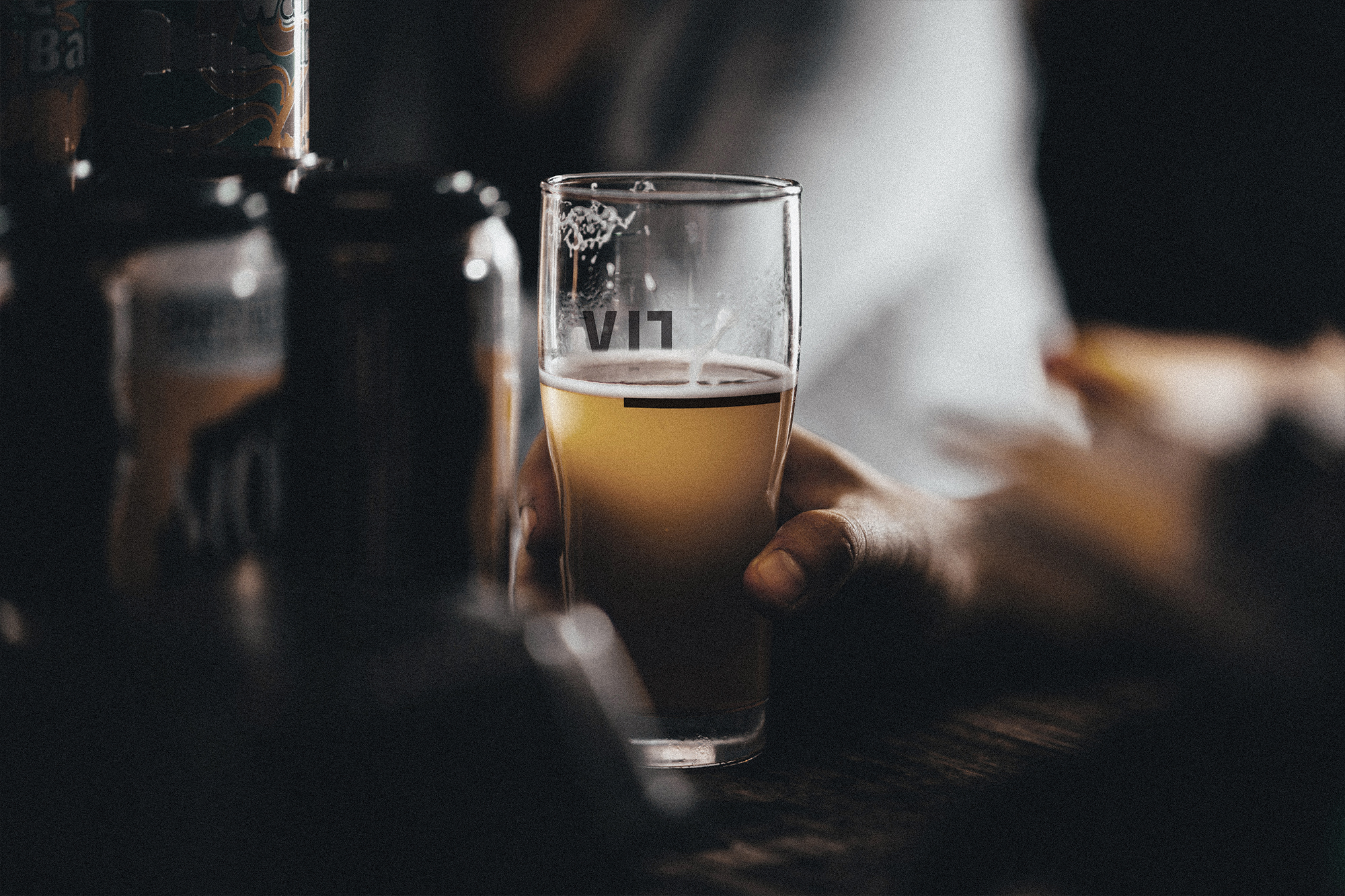